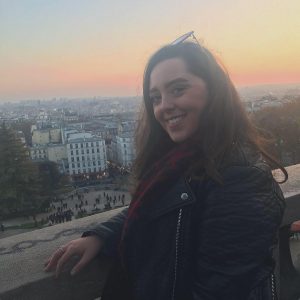 My name is Sonia, I am a 20-year-old English Undergraduate at the University of Exeter. I had my surgery at the age of 17 in St Thomas’ Hospital, London in the December of 2016. I was born with Aortic Stenosis and coped with the illness for my life, but still tried to remain as active as possible. I have danced for as long as I can remember, training is classical Ballet and Tap up until my stenosis meant that I couldn’t. I was always aware of the surgery I was destined to have at some point of my life, but never did I think it would come around as soon as it did. I was told in the June of 2016 that I were to be having a valve replacement and alongside this came the opportunity to have a PEARS procedure also.

The awareness of my stenosis came after my PDA (Patent Ductus Arteriosis) was very reluctant to close. The PDA is a fetal blood vessel that closes within 72 hours of birth, yet mine refused to until I was 18 months old, and only did so with help from those at Guy’s Hospital in London. Using a transcatheter PDA coil occlusion, the vessel was ‘plugged’ to stop it leaking through an artery in my leg. Prior to this surgery I had an echocardiogram to investigate a heart murmur that was discovered – I was then diagnosed with Aortic Stenosis, that was January 6th, 2001.

Aortic Stenosis is a disease (well, not a disease per se, more a defect) of the heart valves when the opening of the aortic valve is narrowed. Aortic stenosis means that when the valve opens, it doesn’t open fully, it is narrowed so it restricts blood flow. Therefore, it doesn’t close fully either, meaning that regurgitation of blood is caused.

After attending a transition clinic (the movement from Child NHS services to adult services) in the October of 2014, it was made aware that my condition had deteriorated. The usual Echocardiogram was performed and found that my aorta became pretty camera shy on this occasion, so a use of an MRI scan was needed to check any further problems. The MRI and a following exercise text showed that my heart valve was in need to be replaced, and with this came the decision to perform the Ross Procedure – the aorta removed, the pulmonary valve reconstructed into a new aorta, and a donor pulmonary valve. Due to my Aorta being severely dilated, there were more risks carried with just having the Ross Procedure. This risk included the chance that my Pulmonary Valve would re-dilate, and in the near future, therefore, I was put forward for a PEARS implant. Prior to my operation, these two surgeries had never been successfully performed in conjunction, and I am eternally grateful for the amazing work of those who performed and contributed to successful my surgery

After various tests on the lead up to my surgery, I was admitted on the 16th December, had my blood taken, and a chest x-ray. I met with my surgeon, the wonderful Conal Austin, and he showed me one of the three PEARS implants that were made. I held it in my hands, and that’s when I realised this was all very real.  I was then given some time to spend with my loved ones before going back at around 4pm and shown to my ward room. The rest of the days are a bit of a blur, probably due to shock. I woke up on the evening of the 17th December in ITU after an eight-hour surgery – drugged up on morphine, everything felt very strange! I was then moved to HDU where I stayed for 2 days, had two blood transfusions due to loss of blood in surgery and begun physio therapy. I was then moved onto a main ward and got to head home for Christmas!

The PEARS implant has changed my life, without such an invention I would be in and out of surgery for the rest of my life. The recovery time is called recovery for a reason, I learnt this by being too impatient. I will learn from my mistakes and take it easy, attend my rehabilitation sessions understand that having heart surgery is a big deal!